Hey readers- you may have noticed that posts haven’t been as regular and I’m not as active on social media. Well, there is a very good reason. I’M DEFENDING MY PHD APRIL 15TH!!! Wish me luck, and I will let you know whether we’ll be changing this to Dr. Bones Don’t Lie. 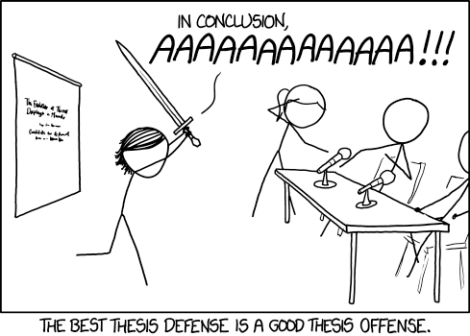 Title: Preparing Their Death: Examining Variation in Co-Occurrence of Cremation and Inhumation in Early Medieval England

Cremation, the deliberate burning of the body prior to burial, and inhumation, burial of the body without treatment by fire, can occur within the same mortuary space during the same time period. Despite the fact that this phenomenon is found throughout history and within our own modern population, there has been little investigation into this type of behavior. This can be attributed to a number of factors, including the historic lack of attention to cremation, as well as major differences in the theoretical and methodological approaches to each burial type. Due to this, co-occurrence cremation and inhumation is often examined as separate behaviors and programs, or as transitional behavior. This dissertation seeks to document the relationship between cremation and inhumation burials in order to develop an integrated approach to co-occurrence that can be used broadly.

Early medieval England is the perfect period to develop and test this approach due to the presence of both cremation and inhumation burials within the same cemeteries from the mid 5th to early 7th century, precise temporal and geographical limit of the study area, high quality excavations and numerous available collections. Further, the study of co-occurrence of burial forms in this period has the potential to aid answering broader questions of migration, identity, and religion in early Anglo-Saxon England. Five cemeteries have been selected as case studies based on access to materials, presence of both burial types in the same time period, and their geographic locations in England- they provide a representative sample of the types of cemeteries where cremation and inhumation co-occur and are representative of a different sub-regions.

Using a combination of spatial and statistical analysis, the relationship between the both cremation and inhumation could be explored further at each cemetery. In general, cemeteries were organized primarily into household groups that were spatially clustered and internally varied by age, sex, artifacts, and varying preference for burial type. Cremation and inhumation burials were found with a similar range of artifacts, with the exception of hair implements with the former and weapons with the latter. The differences in the funerary programs and the divisions, both physical and symbolic, between cremation and inhumation were varied by cemetery, with some like Alwalton having strict divisions or Mucking where diversity flourished.

Regardless, at all five cemeteries, the most important choice made was to bury within the limits of the cemetery, despite the fact that there was variation in disposal type. The addition of fire as an element to the funerary process was likely an important choice, but how different this choice was from inhumation was dictated at different scales within the family, household or community. More broadly, this study demonstrates that we cannot assume cremation and inhumation are separate mortuary programs, the direct comparison of the two burial types allowed for interesting questions and more nuanced interpretation, and the importance of examining variation at the local scale rather than as part of a large unified dataset.

14 responses to “Defending My Dissertation!”