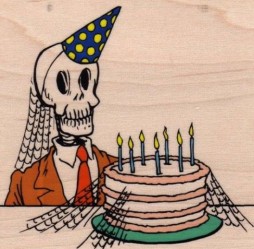 In honor of my birthday (which was yesterday), I’m doing a summary post of the top five Bones Don’t Lie posts. These are the posts which have received the most hits, links, likes, and a couple that are just my personal favorites.

1. Viking Women: A Re-Interpretation of the Bones: This post was based on an interesting article which put viking women back into the history, and since its publication has received double the hits of any other post. According to a journal article by Shane McLeod in Early Medieval Europe, the concept of the male Norse invaders migrating across England in the 9th and 10th centuries CE is potentially biased. He argues that based on burial evidence, females were equal in number if not outnumbering the males, leading to a new interpretation of the Norse migration. Textual evidence of the Norse invasion into Britain notes the presence of women and children in some of the invading groups, but primarily they focus on the high number of male warriors. McLeod argues that there were more women than previously thought based skeletal analysis, and this requires a reinterpretation of the Norse invasion.

2. Can you excavate love?: This piece gained popularity because it ended up being highly debated on Reddit. The question never really was can you excavate the emotion of love, but rather can we infer that the emotion was present or at least projected onto the deceased by the bereaved. The post was based on two archaeological excavations in which a male and a female were found in embrace in a joint grave. The press releases, not the archaeological reports, focus on love and make numerous comparisons to Romeo and Juliet. I compared these against a modern version of the story, where an old couple died within a few hours of one another and their family buried them together in order to show their love. While analogies like this must be taken with extreme caution, they can be potentially revealing.

3. Colored Bones, Varied Meanings: This article was popular due to getting picked up a number of forensics websites, and it was personally one of my favorites. When bones are recovered in archaeological contexts, they are not the white shiny ones you see hanging in the back of museums. Nor are they always tinted brown from years in soil. Bones can be a number of colors including black, red, yellow, white or green. Sometimes the coloration can be due to natural processes within the soil, and sometimes they are an indicator of cultural activities. Whenever a bone appears to have a difference in pigment, or there is variation in color between individuals in a similar area or on a single individual, we need to investigate the reasons behind it.

4. Series on Leprosy: When I was just starting out my grad student career in mortuary archaeology, I was fascinated with leprosy. In honor of that, I did a five part series on leprosy in the high middle ages. The first post introduced the topic and broadly discussed the disease. Part two discussed the paleopathology and bioarchaeology of the disease, looking at how it affects the flesh and bones of individuals effected by it. Part three examined the historical context of the high middle ages in England, and the reactions that people had in this period to leprosy. Part four looked at the archaeological evidence for leprosy, including cemeteries of lepers and leper hospitals. The final post summarized and concluded the results of my research into leprosy, including an extended bibliography.

5. Bioarchaeology of Rickets and Rickets in Early Modern London: Both of these posts were very special to me. They part of my master’s thesis which created a new method for determining the presence of rickets in Early Modern London populations. In addition to this, I connected these blog posts to a poster about my research that I presented at the national Paleopathology and American Physical Anthropology Association conferences in April 2011. People looking at the poster could use their smart phones to connect to the blog posts so that they could learn more about the topics being discussed. While it wasn’t completely successful, it still was fun for me and a great way to show off my own research.